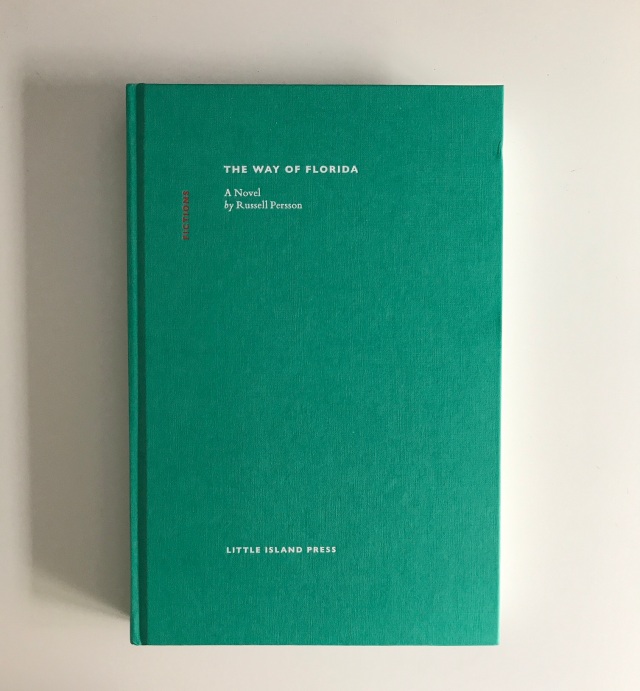 Faith is therefore no aesthetic emotion, but something far higher, exactly because it presupposes resignation; it is not the immediate inclination of the heart but the paradox of existence – Fear and Trembling –  Soren Kierkegaard

The best novels are never confined. They avoid simple reductionism or definition, they’re as amorphous as history itself. They can never really be known, although of course obscurantism for obscurantism’s sake is a loathsome goal and we must be wary. Criticism tries but is only ever a terse gesture towards themes or subjective readings, a celebration mostly, the proverbial bigging up. The best novels are about everything.

The Way of Florida is one of those novels. It elevates itself above its context, although it doesn’t use its context, it doesn’t simply rohypnol it and go for a quick fumble, and it never feels like a crutch or burden, there’s a respect and duty paid, it never loses sight or tries too hard to break away and be something more, this something more is achieved through Persson’s keen moral eye and spiritual concern and his assiduous handling of an now almost alien time in human history.

It’s as such we sail or drift us in this sea who calls our path. The maize in its own lessening. How could the sky in day see fit to spend us like it does? This in turn is answered. The gathered clouds. The wind who moves a bird against its usual wing into a tumble. The wave who begins to have a tip crested turned over into a brief witness the lip of what’s coming. A still wind over the tips enough to move the smell of what’s coming on to us and then a wind rises gusted at times and risen into the unwelcome.

The language is neither anachronistic or pastiche, maybe it’s a weird blend between the two I’m not sure, but it doesn’t feel like either, wholly the author’s own, a brilliant run-on hybrid that just when you feel Persson has lost it he snaps it back to his command like a ringmaster does his whip. There’s a delirium to the prose but also a sanity, a thoroughness and rich sincerity. It doesn’t sound like it’s from the past, in fact the total opposite, it’s a voice from the future and is all the better for it – the sort of prose Vollmann has occasionally managed but never sustained for a whole novel the way Persson does here.

But is it each his own read of what’s above?

The sections are hypnotic at times and it can be easy to overlook much of the novel’s deeper and more profound ideas as they come nestled within each euphonious burst, stuff like “Men at arms do they come ready in this life for moving a fast arm against another man?” It raises the old questions of man’s inhumanity to man, the ideas of violence begetting violence, trust vs suspicion within the nature of man, whether consequence justifies certain amoral actions, but there’s a spiritual muscle at work, this is a conversation with God, with faith, with one’s own sins, with one’s own humanity “I find myself a marvel that I proceed at all though I marvel again at the enormity I carry and at the lands inside me yet to fold out”. 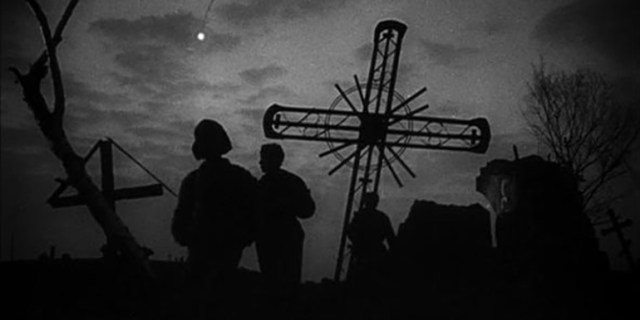 At the start of the novel we’re introduced to this ship with 400 men and 80 horses and this is cut down throughout the book until we’re left with no horses and less than half a dozen men. This kind of weakening is important when considering the novel’s stance on human potentiality and when coupled with Heidegger’s view on potentiality. Heidegger’s reading of Paul embraces a weakness in the human condition, that what we move towards to become we cannot actually become, much in the same way that what the narrator and crew chase is not attained, importantly this arc occurs under the guise of faith – for me what you have then in this Heideggerian predicament is a powerlessness that becomes a kind of triumph or at least a revelation that helps us better understand our potentiality, the last sentence is crucially dealt callously as a way to question our intentions over a power we do possess and that we must confront.

There is a challenge within this book both for and against someone like John Gray’s naturalised and Darwinian re-description of original sin, the idea that we’re all just essentially killer apes, homo-rapiens as Gray calls us. But as this book demonstrates, we might be apes and capable of inhumanity for inhumanities sake given a certain context or none at all, but, crucially, we have a strong metaphysical longing, a suspicion about us of a deeper spiritual connection to what we call world – this novel is about a literal journey and period of discovery and colonisation but this serves as metaphor for the wider and more profound journey and discovery this book tackles, the journey of faith and the epiphanies there in.

Just as a kind of addendum to this point and linking to the quote above, the idea of the Earth and “mother nature” and our place in the ecosystem is also interwoven within the narrative, it’s impossible to escape I guess in a novel featuring treacherous seas and burning sand but it’s an interesting aspect of the novel and again provides a deeper layer to the themes presented. 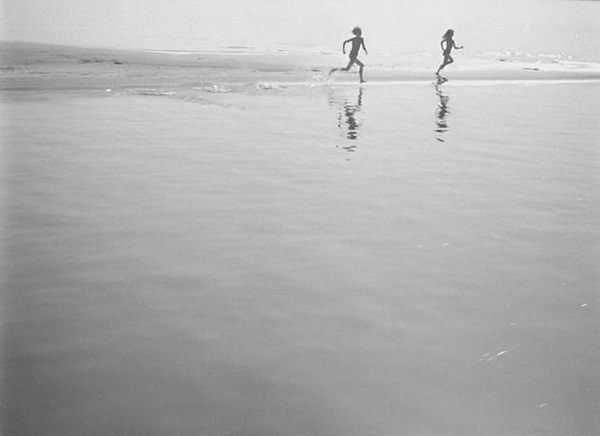 As the narrator and his crew and the Indians suffer from every type of exhaustion imaginable the malnutrition comes through in the voice, and coupled with the inexorable evocations of God, you might think he’s speaking in tongues at some points, the whole body of the text is warped and vexed under the brutal conditions of narrator and crew as the text begins to resemble their makeshift rafts on those dubious seas.

So more ready to continue as if the weather and the sea waves had a mind and that mind was set to go on and its eyes were open and direct upon you unblinking almost in savour of the turmoil it hands out. Us gullied out on the worn maps of Him sunken down into the grooves cut deep by all who came before and augured into the sand of their own claim.

Do you believe that everything is random, do you believe like Bast in Gaddis’s JR that order is simply a thin perilous condition we impose on the true nature of chaos, that determinism itself is chaos and that chaos is deterministic, that we are all just matter and tiny particles (that’s basically pulsing light continually coming and going into and out of existence taken at the most minute level, some Planck scale) and that we’re all just this stuff playing itself out like pool balls flung across a table, seemingly chaotic but ultimately predictable and our paths defined – and if indeed it is all paved, our sins and all, do you believe that there is some meaning to it all at the end and what exactly is meaning given such a predicament?

The final sentence rocked me and helped refine much of what I’d read to that point. I won’t go into too much detail as I don’t want to muddy other people’s opinions or readings but I will say that there is suffering we can do little about and all we have is God and speculation for that, and mercy and sorrow and regret, but the true horror is horror we can do something about but condone or participate in anyway.